Houseplants promote health and wellness, they are foundational to modern home decor, and caring for them is one of the hottest hobbies among younger generations. You’ve not fully expressed yourself on Instagram this year if you haven’t posted a picture of yourself lounging on your couch next to a luscious monstera deliciosa.

(Hint: buying a gorgeous new plant is one of the easiest home improvement projects you’ll ever tackle.)

We recently surveyed 1,111 Americans who own houseplants to find out which varieties are most popular, how much people spend on the hobby, how much they anthropomorphize their leafy little friends, and much more!

First, the basics: The average houseplant owner has four plants, with the oldest being five years old. Most people say they spend about five minutes per week caring for their plants (which explains why two in three we surveyed say they prefer houseplants to gardening because it’s much less work). 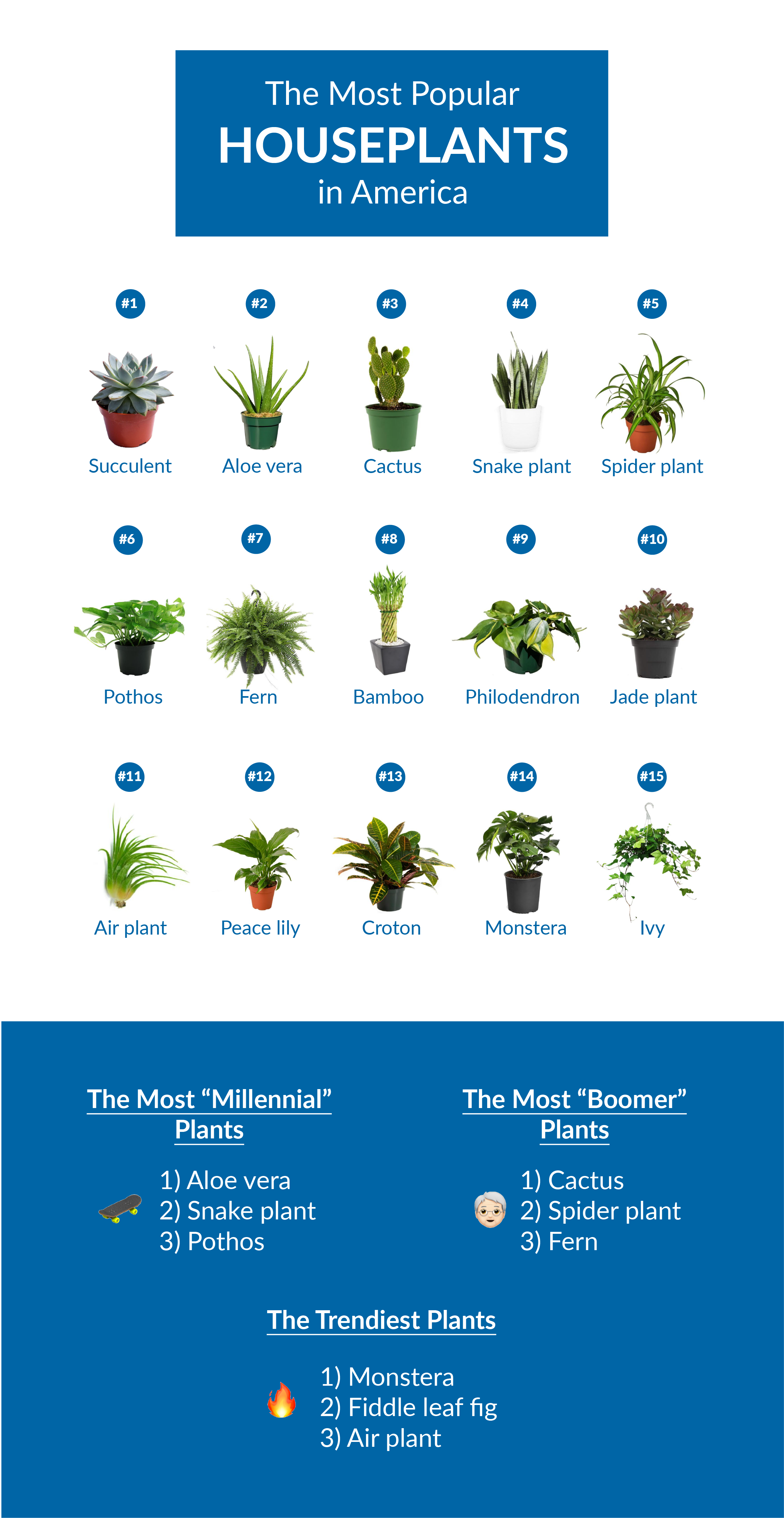 Succulents are America’s favorite houseplant… and why not? They’re adorable, don’t take up a lot of space, come in a dizzyingly wide variety, and they’re relatively affordable. The most trendy plants—measured as those that people see displayed most on social media—are monsteras. Yes, you know the ones with the big wide leaves with the holes in them.

Most people who have houseplants say their spending on the hobby averages about $75 a year and approximately two in three people (63%) say their collection of plants increased during the pandemic. It’s clear that many Americans have cherished having plants around their homes during the unprecedented months of quarantine. More than half (57%) say that having houseplants supported their mental health during the pandemic. 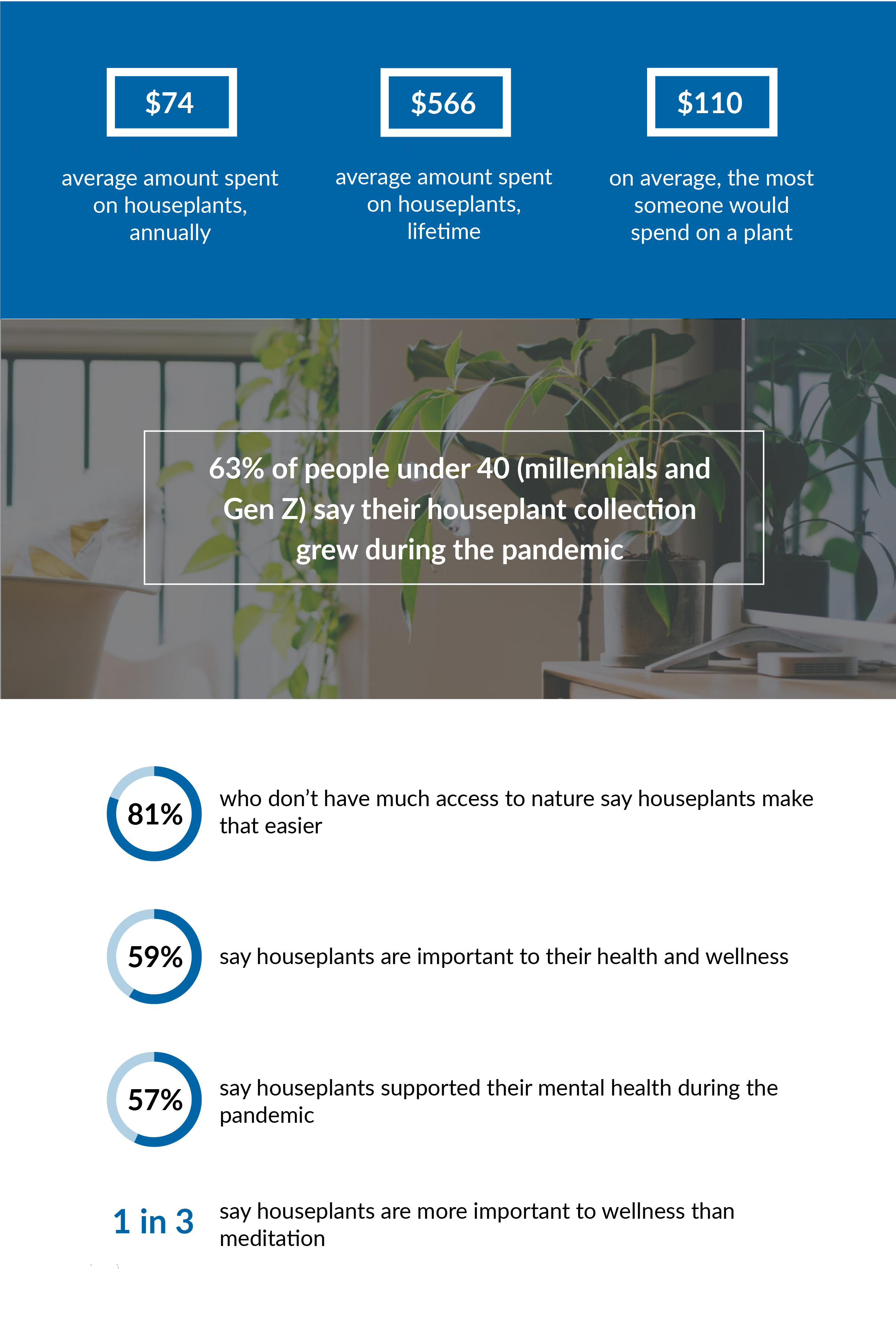 If you’re wondering how seriously younger generations take their houseplant hobby, look no further than this: 61 percent of people under 40 agree “pets are the new kids and plants are the new pets.” One in three members of these young generations considers themself a “plant parent.” Thirty-five percent who are single also say that if a potential mate has houseplants, it’s a turn-on, and of those who are already hitched but putting off having kids, one in three say having houseplants helps them wait. Naturally, given all this, there are also millions of Americans naming their plants and talking to them! 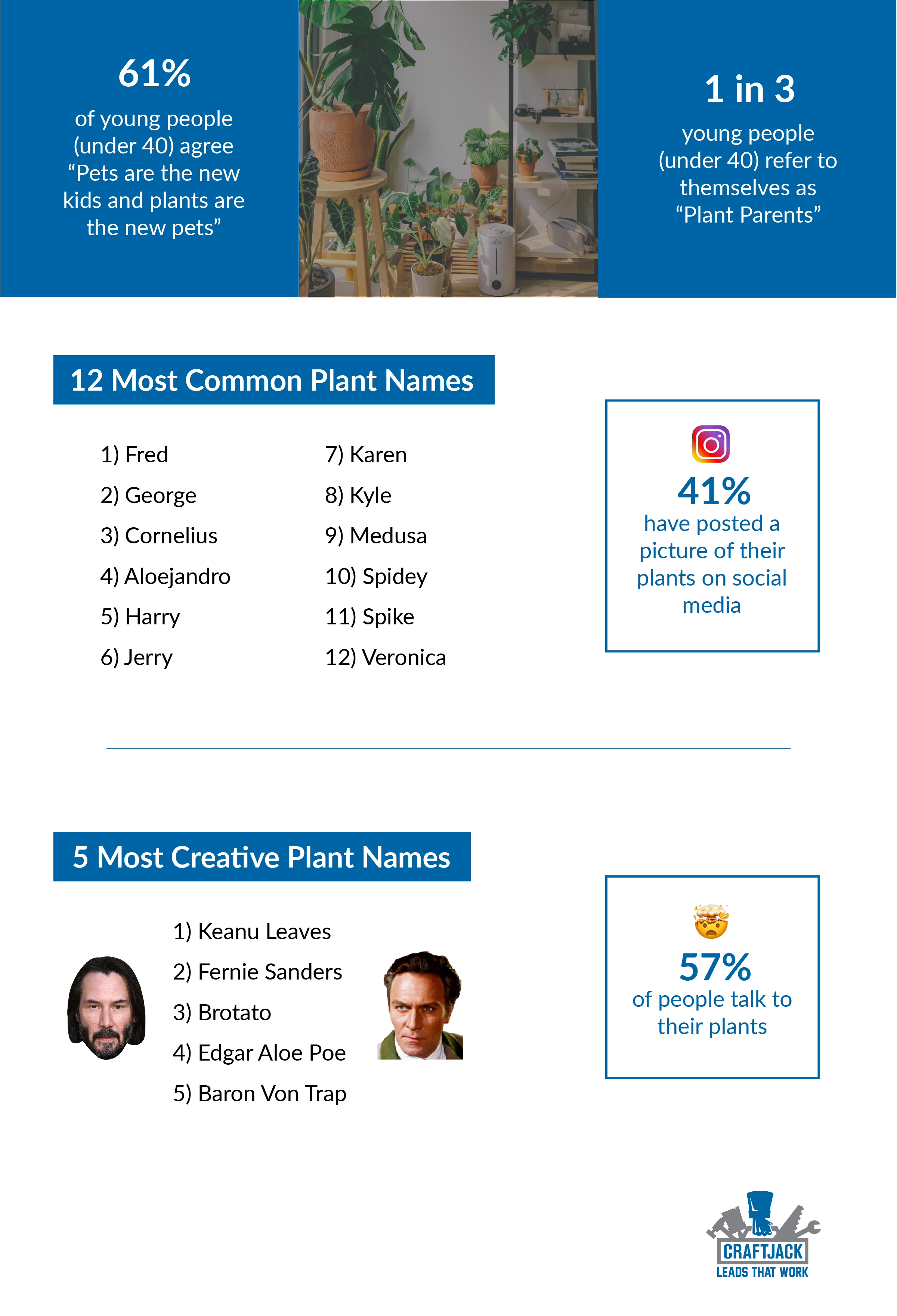 Fair Use Feel free to use this data and research with proper attribution linking to this study. When you do, please give credit and link to craftjack.com