No question, many people have let themselves go during the pandemic. Given the situation, it’s natural that we aren’t fussing with all the details we once did. But the extent to which some remote workers have let things slide is, well, alarming. Early in the pandemic, jokes about not wearing pants were abundant. But have we taken things too far? What’s the point of hiring contractors to make your home look nice if you’re going to sit around in your sweatpants watching your toenails grow and respond to most of your emails from the toilet?

We recently surveyed 1,255 Americans who transitioned from being office workers to remote workers over the past 24 months. We explained their anonymity would be protected, then asked about their nastiest work-from-home habits. 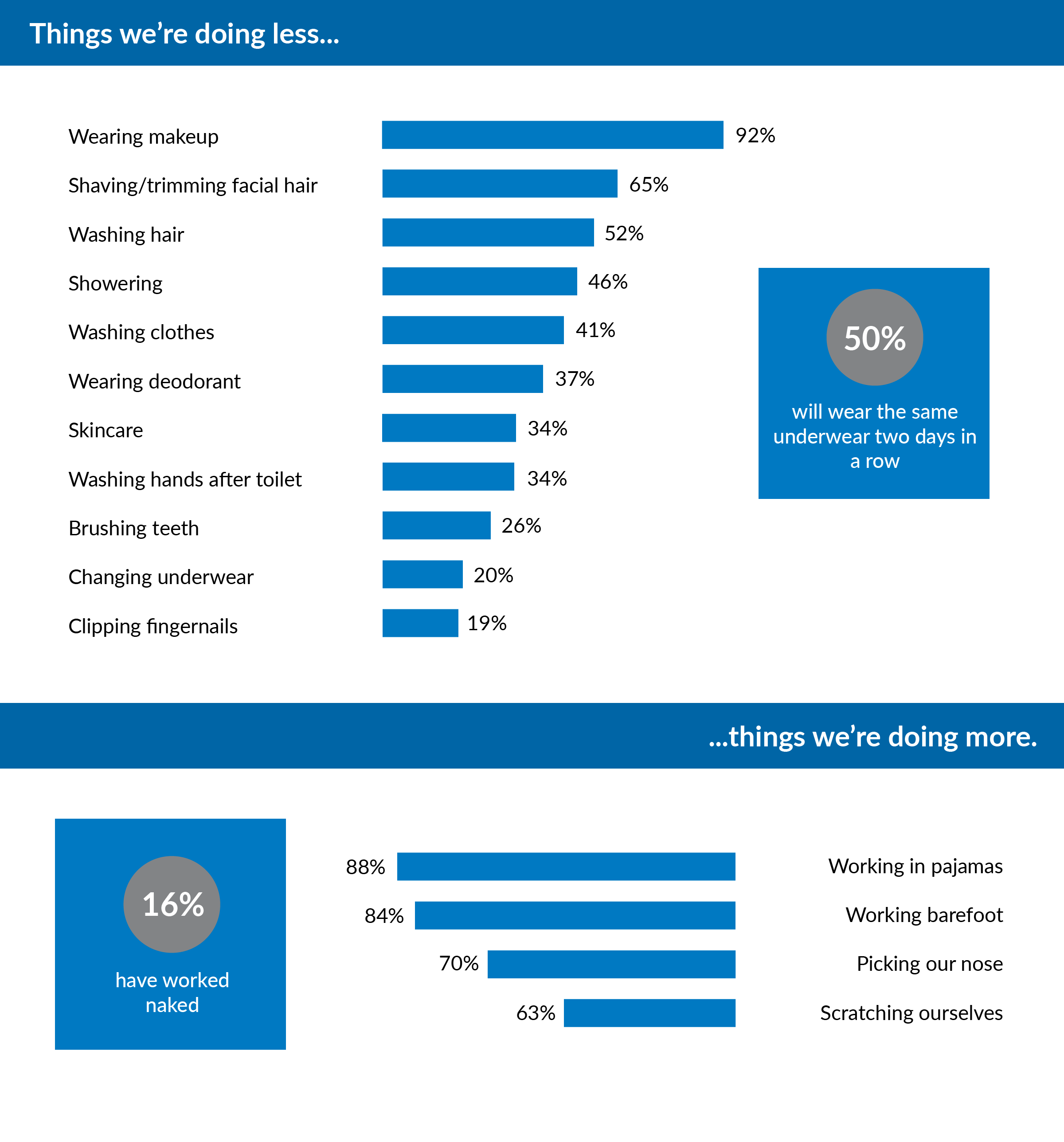 The habit that has changed most dramatically since the beginning of the pandemic is wearing makeup. Ninety-two percent of those who once wore makeup to the office are wearing less at home, and 56 percent have stopped wearing it all together during work hours. Of course, there’s nothing wrong with not wearing makeup and it’s not related to hygiene. No doubt there’s widespread relief for many who are able to cut that out of their morning routine.

As for actual hygiene, nearly half of remote workers (46 percent) are showering less than they were before, with one in four (27 percent) saying they only shower twice per week or less.

In addition to asking about what’s being neglected, we also asked what behaviors are on the rise now that so many of us work in the privacy of our homes. A whopping 88 percent of those we surveyed say they work in their pajamas with some regularity, and 84 percent often wok barefoot.

Let’s take a moment to appreciate how these meetings only offer audio-visual feeds. 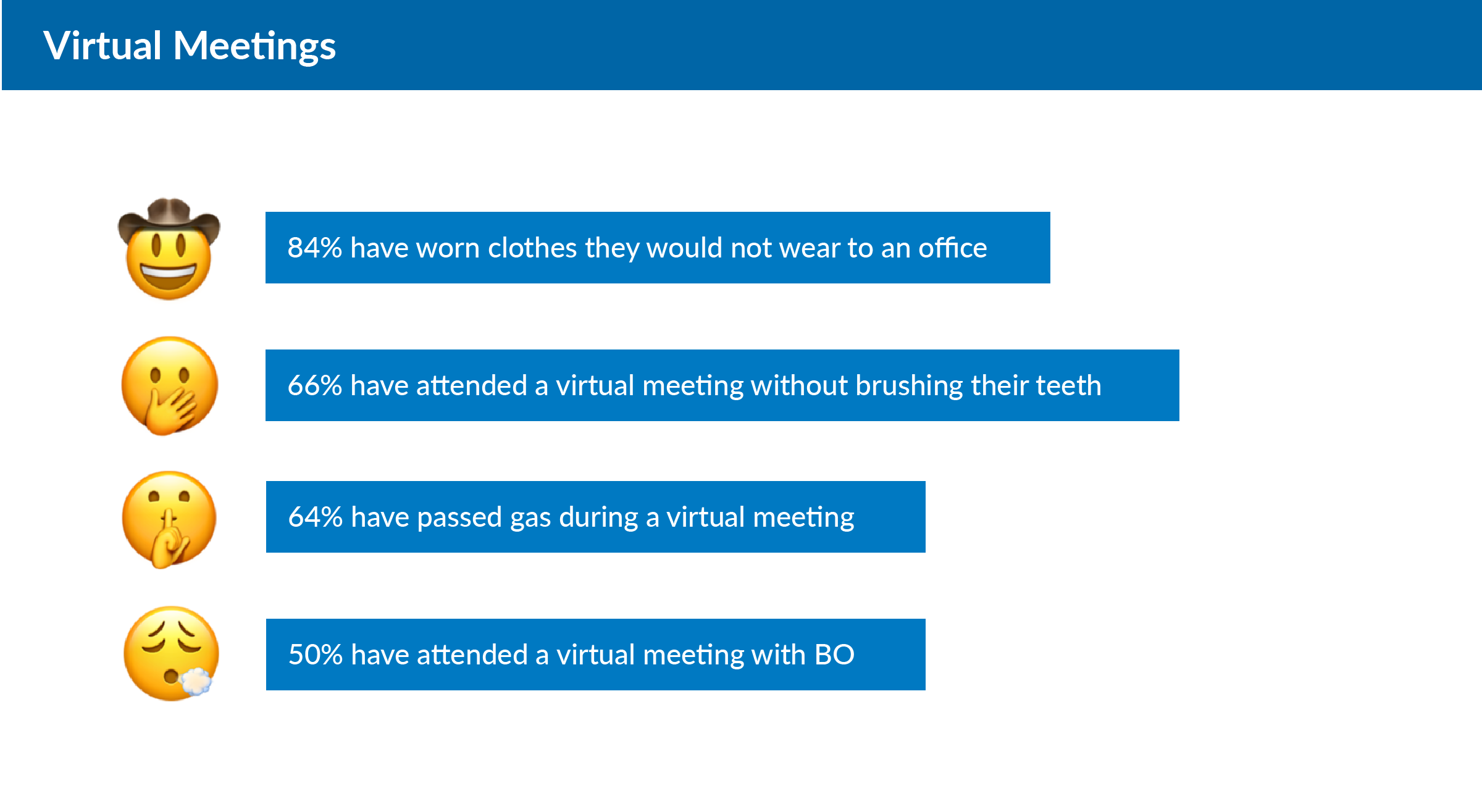 Another habit enjoying a bullish rise during the pandemic is working on our smartphones while using the toilet. Seventy-three percent of those we surveyed admit to doing it at some point, 60 percent do it weekly, and one in four (25 percent) do it every day! No question, we now live in a world that professionals from a decade or two ago would not recognize. 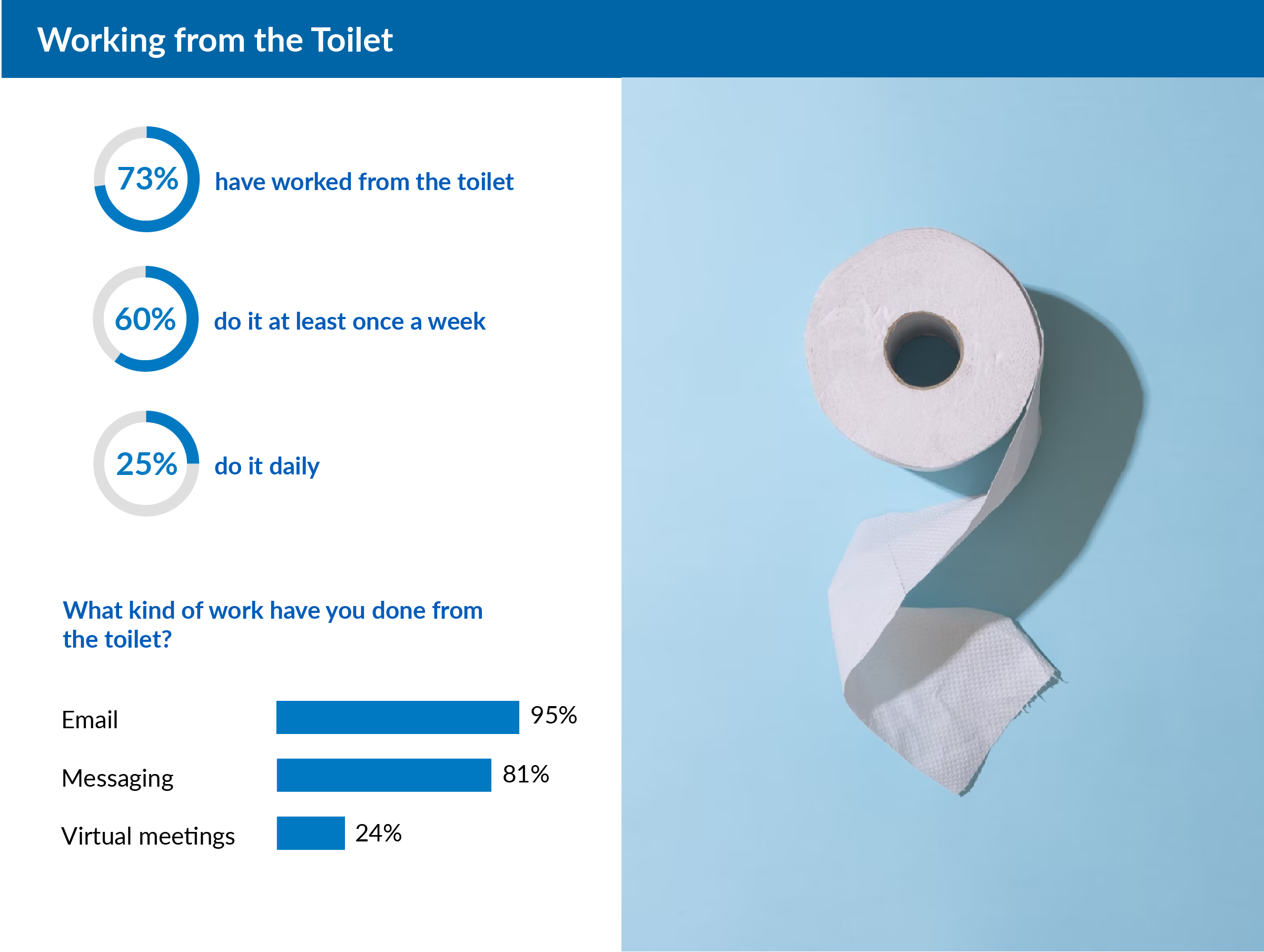 Finally, having established that remote workers are not keeping themselves as clean as they should, we asked about maintenance of workspaces. The results followed the same nasty trends. Forty-four percent of people clean their workspace less than monthly and 34 percent clean their coffee pot less than weekly.

Remote workers, it’s time to clean up your act! 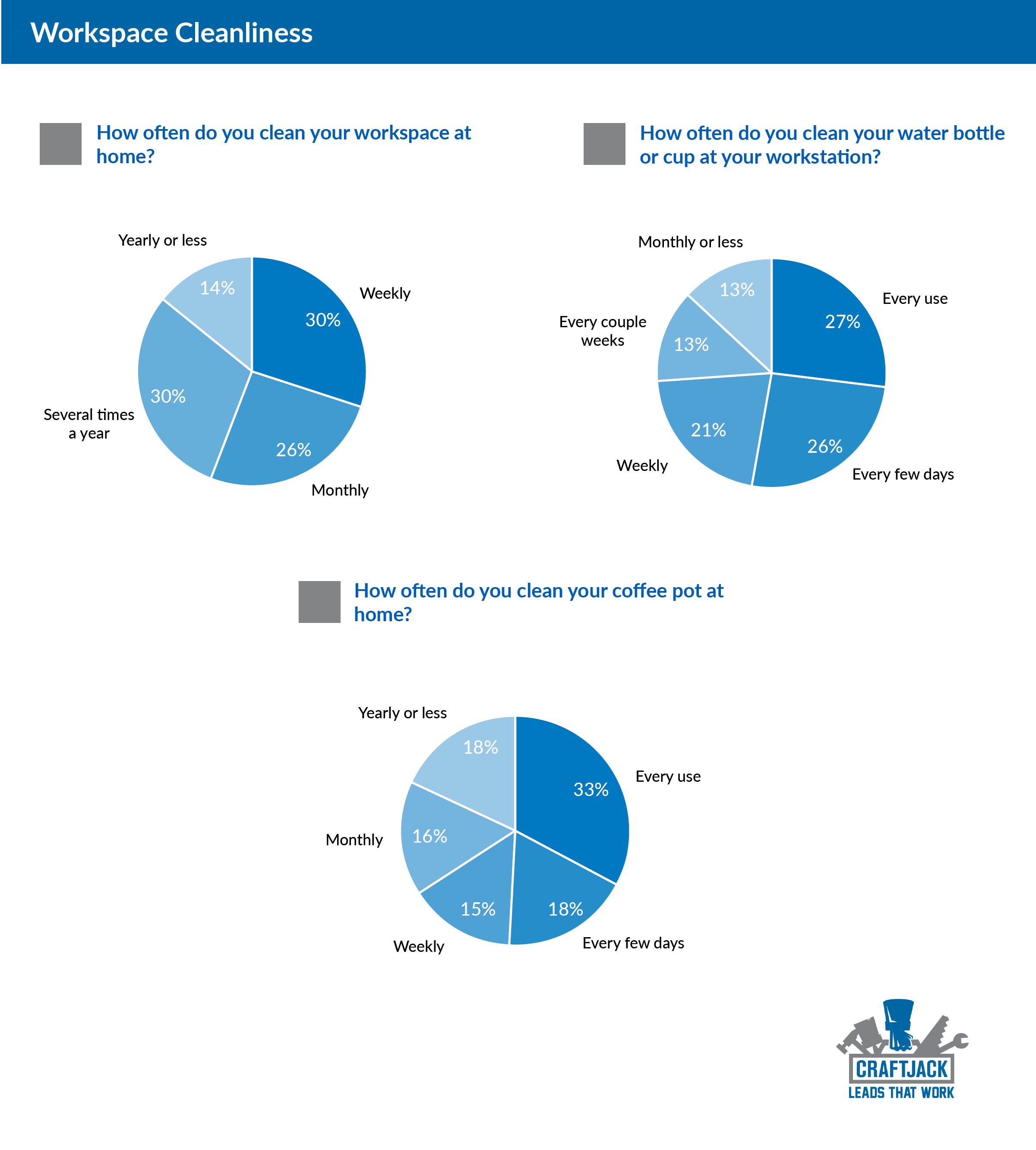 On January 7th, 2022, we surveyed 1,255 Americans who worked in an office before the pandemic but now work from home. Our respondents were 48 percent female and 52 percent male, with an average age of 35 years old and an age range of 25 to 65 years old.

For media inquiries, contact media@digitalthirdcoast.net Fair Use Feel free to use this data and research with proper attribution linking to this study. When you do, please give credit and link to https://craftjack.com/