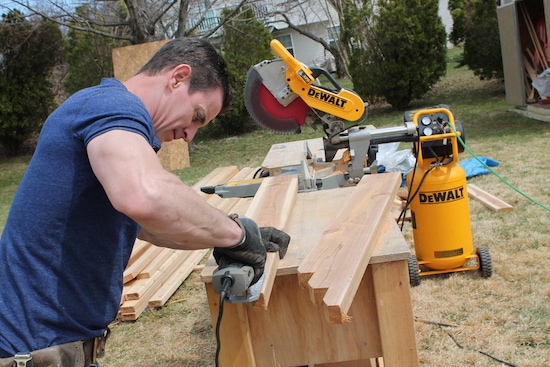 When you buy a compressor, chances are, you’re gonna have it for awhile.

With no external moving parts or whirring blades or fine adjustments to speak of, the work a compressor does is inside its body so there are few moving parts to fool with or break.

I’m not saying you can’t break one—I’ve mangled several— but what I am saying is that they just don’t take the same kind of relentless abuse other tools take. Sort of.

What’s more, if you’re going to buy something that lasts a long time, buying something that serves as many masters as possible is a wise choice. It might take a little outside the box thinking which is where you’ll find my compressor on just about every jobsite.

Let me clarify. Lugging tools upstairs, around corners and finding space for them inside a home just makes me want to run screaming. Doing so with loud, heavy, awkward-to-carry tools makes the terrible even worse, which is a big part of why I’ve used the 200-psi, 15-gallon DeWalt D55168. One look and you’ll have questions.

Read for five-minutes and you’ll have answers. 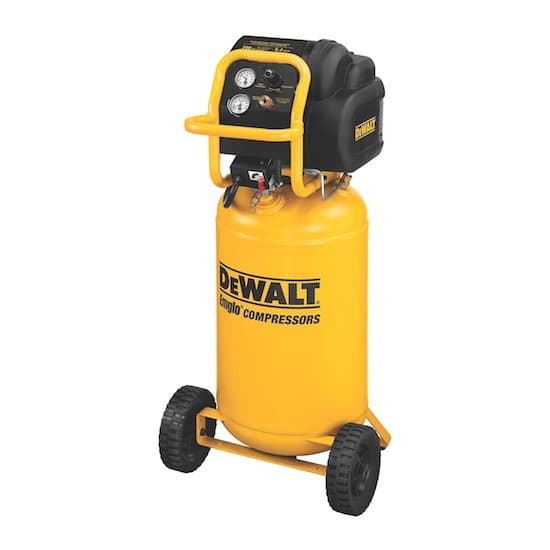 It’s not that I need all this air (I do, we all do; more later). It’s that all this air does a lot of things for me a standard hand-carry compressor can’t touch. And, it’s easier in almost every category to move and store.

First, the air in there. 200-psi is 35-psi more than a typical hand-carry compressor, which weighs in between 90 and 165-psi. In other words, the D55168 jams more air in its 15-gallon tank than typical compressors. And it does it with a small, light, top-mounted 1.6 hp motor.

I can run trim nailers like it’s nobody’s business and whale away framing guns. We used this unit with at least three-hoses—long hoses, around 100-feet—doing the design-build on 10 episodes of Food Network’s Save My Bakery. It did everything from run my framing gun to trim my nailers and fuel up our narrow crown stapler like a boss.

Answer this question: What’s easier to carry through someone’s home, a 65-Ib.-just-heavy-enough-to-suck compressor or a 3-Ib. gun hose? 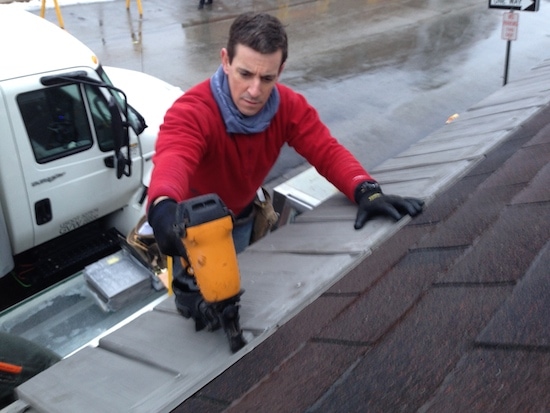 So what I do is carry the hose to the project then drop it out the window to my compressor, which I rarely take inside. And because the D55168 carries so much air, I can run tools without interruption all day with almost no noticeable strain on the breakers. As many of you know, other compressors are champions of tripping when they kick on.

But even if I do have to carry it upstairs, it’s not a gigantic deal. Yes, it’s larger than a hand carry, but it’s not that heavy (specs say it weighs 92 Ibs. but it doesn’t feel that heavy). And for those times when I do have to stand next to it, it’s nowhere near as abrupt or floor-shakingly vibratory as other units I’ve owned that scare the be-jeezus out of you when they kick over.

What’s more, it doesn’t cycle to recover air nearly as often as smaller or lower-pressure compressors, which are constantly on and off to re-fill. I’ve never counted, but I can shoot all kinds of staples and trim nails and forget that I’m attached to the compressor. Again, if it is outside, I may never hear it at all. 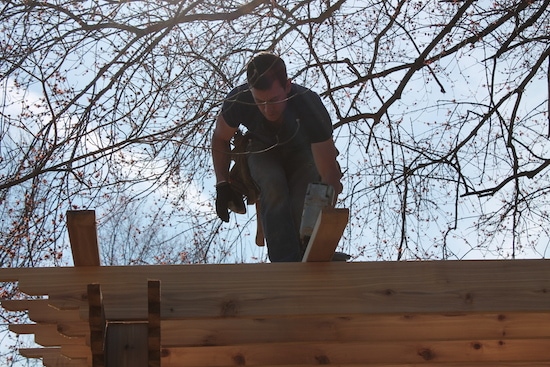 It is tall (45”). If you’re running out of a pick-up truck or crammed van, making room for it may take some finagling. We usually run out of a custom utility trailer and tools stay on site until the project is done, so we’re not loading and unloading daily.

The hose fitting projects slightly away from the face of the unit. While in anything but a freak accident, it never breaks. In a freak accident where the unit tipped over, my fitting did break off.

Otherwise, the gauges are housed and the drain valve—mine shipped with a lever-type ball valve—is easy enough to reach. At least it’s no harder to reach than other units.

The DeWalt’s D55168 compressor has been a workhorse. It’s consistently delivered more air, fewer annoying cycles and plenty of go-juice from frame to finish and jobsite to workshop to small repair. Even if it’s more air than I need, it’s still a go-to unit for me. I can set it up just about anywhere and run one or multiple projects at the same time.

Mark is half of the All-Star team over at MyFixitUpLife. Mark is a carpenter and tool-nut. Mark and his wife Theresa create and build projects from household repairs and crafts playgrounds, decks, man caves and more.